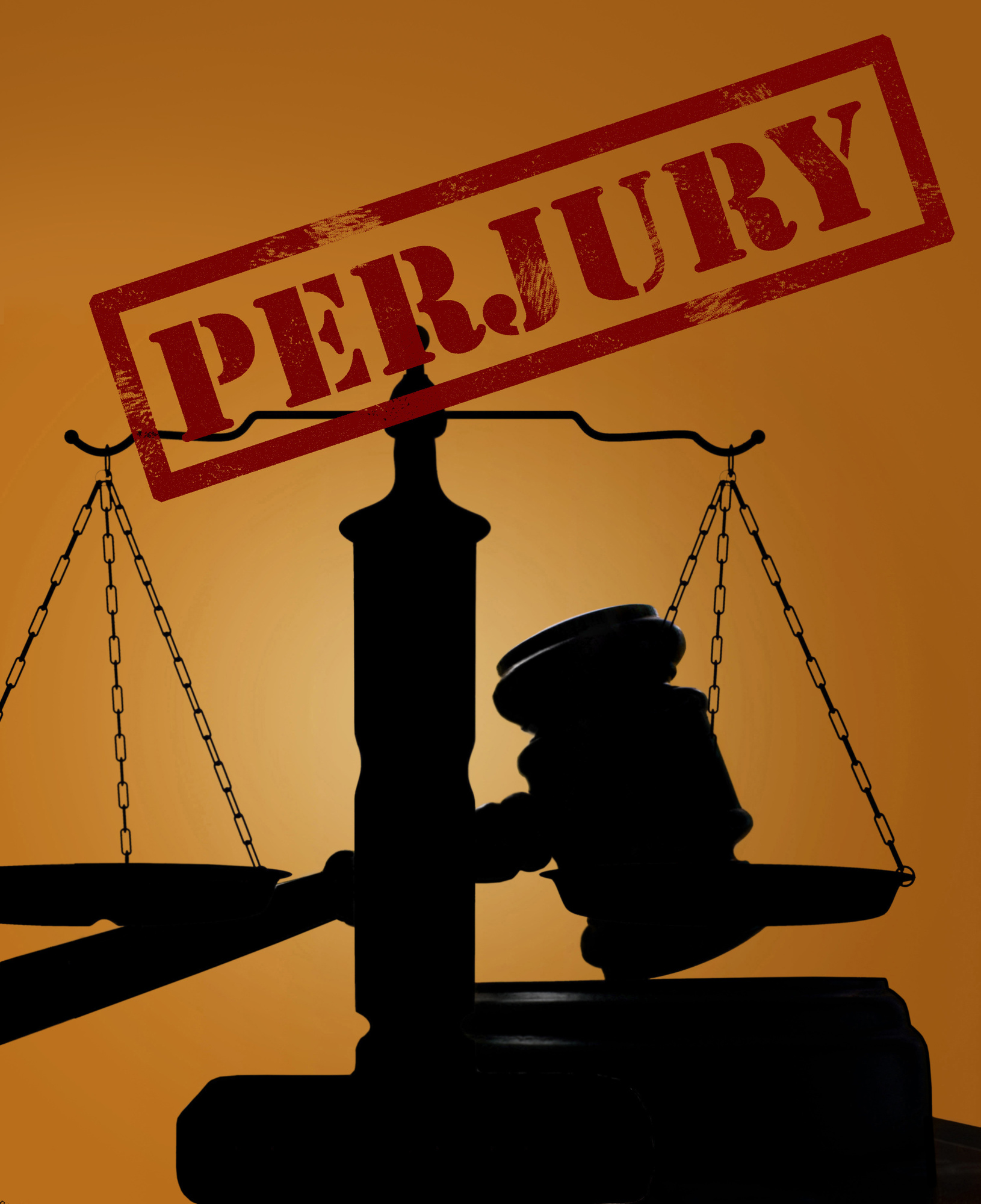 Perjury is the act of lying under oath.

And we all know from 5th grade civics class that this is a crime in and of itself.

But, unfortunately, it’s incredibly common in family court, as well as court in general. It’s supposed to be punishable as a criminal act, and in a perfect world, all people who commit perjury would face consequences.

Reality is far from perfect.

So what really happens when someone commits perjury in family court? Read on to find out more about what the consequences typically involve.

Family court typically involves parties who are going through a divorce or who are seeking custody of children.

In some cases, these conflicts can extend for the majority of the children’s lives and can become quite nasty.

Therefore, it isn’t uncommon for people to lie in family court. They may lie about things like abuse, paying for child support or other things that blatantly aren’t true.

While both parties sign witness statements under the penalty of perjury, unfortunately, it doesn’t really mean much to the court of law. The cases are often “he said,” “she said,” and need to be arbitrated based on who has the “best story” or which lawyer is the most skilled at ensuring his or her client gets what they’re asking for.

Because of this fact, it can be difficult to prove someone is lying under oath unless one party has clear and solid evidence. This may include emails, text messages or videos of the other party committing the act they allege. Otherwise, the situation is, unfortunately, one person’s word against the other.

What Constitutes Perjury in Family Court?

Perjury in family court can be committed in a number of ways. In addition to lying about abuse or child support, it may include things like lying about where a child resides, lying about the current custody schedule, falsely alleging the other partner prevents a parent from seeing a child, hiding paychecks, hiding documents or falsely stating that a parent is uninterested in being in the child’s life.

In extreme cases, this may also include forging letters or documents and presenting them to the court as authentic.

What is the Penalty for Perjury?

The penalty for perjury is very clearly outlined in most states. Federal law states that perjury can be punished with up to five years in prison in addition to fines and probation.

If someone commits perjury in family court, this creates an entirely separate case. While committing blatant perjury can affect the outcome of the case, the person who did commit perjury won’t be prosecuted as part of the family law case.

Instead, a different case will need pursuing to ensure the person is properly punished for the perjury. This case will be for the crime of perjury alone.

But while the federal law states that perjury is punishable with up to five years in prison and a fine, perjury in family courts rarely amounts to punishment.

This is partially because of the nature of the case, and the fact that most people cannot unequivocally prove that the other party committed perjury.

Another reason why it is not often pursued is due to the fact that most court systems are already overloaded. They’re typically not interested in working with someone who may have committed perjury or prosecuting them. This is most often because they have what they perceive as more serious crimes to deal with.

While someone can start up an investigation into perjury in family court, most lawyers say they’ve never actually seen that occur.

Instead, the person who committed perjury most often gets away scot-free.

Sometimes, a judge will pursue a perjurer for contempt of court. This is typical if the lying is easily provable, and the person has committed another form of attempting to obstruct justice. Again, this isn’t very common.

More often, lawyers who knowingly commit perjury are indicted for their crime. This is much more common than a plaintiff or defendant receiving a punishment.

If you’re currently in a potential custody situation, the best thing to do is to immediately get a lawyer. He or she is the best person to help you navigate the situation and can give you the best legal advice based on your personal circumstances.

You should also document everything you can in order to show the court. This can include text message conversations, emails, videotaping abuse and other such evidence. While it may not be easy to prove that the other party is lying, when you have a body of evidence, the court is more inclined to take your word more seriously.

If you are facing a custody issue or think your case may be headed to family court, contact us today. We can advise you on the next steps to take.